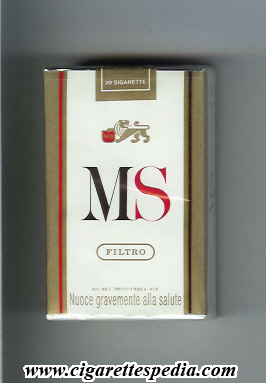 MS Cigarettes – “Monopoli di Stato” cigarettes are one of the most popular cigarettes smoked in Italy. In the Novel, Langdon remarks about the “ubiquitous…bittersweet fragrance” of these particular cigarettes.

Retrograde Amnesia – a disorder of the brain which causes the loss of memory of events that occurred before an accident. In the case of this novel, Langdon is told his amnesia was caused by a bullet grazing the top of his head. This amnesia becomes a critical plot point in the developing story.

Florence – The most populous city in Tuscany, Italy, Florence is the setting for the opening of the novel. Florence is most famous for its History, and it is considered the birthplace of the renaissance period. Today, Florence is visited by millions of tourists every year because of its rich cultural history.

NoDoz – a popular brand of caffeine tablets. Taken by users to keep them awake and alert for hours on end. In the novel, Dr. Brooks gives them to Langdon to shake off the drowziness he feels while being pursued by Vayentha, the spike-haired biker.

San Pellegrino – an Italian brand of sparkling water. In the novel, Langdon drinks the popular water to wash down the bitter caffeine (NoDoz) tablets he chews up.

Mickey Mouse Watch – Langdon wears an antique collector’s edition Mickey Mouse watch through out Dan Brown’s Novels. In this particular story, Langdon has misplaced his watch, a deeply unsettling tragedy for the protagonist. He wears the watch “as his daily reminder to smile more often and take life a little less seriously.” Mickey Mouse is a fictional mouse created by the Disney company.

Very Sorry – a strange phrase Langdon seemed to be repeating over and over when he staggered into the hospital. Later, it is revealed that he was actually saying “Va…sari.” Vasari is a famous Italian painter whose work plays a central roll in the advancement of Langdon’s quest.

Dead Souls – A Russian novel by Nikolai Gogol, published in 1842. Gogol sought to portray with the novel the faults of the Russian mentality/character. Russian academics have compared Gogol’s novel to Dante’s Inferno. In correspondence to Tolstoy (another famous Russian Author) Gogol remarked of his plan to complete two more volumes after Dead Souls, just as Dante had three total volumes of his Divine Comedy – Inferno, Purgatory, Paradise. In Gogol’s subsequent two novels, the main characters of Dead Souls would apparently reach spiritual enlightenment — i.e. traversing hell, purgatory, and reaching paradise. However, Gogol destroyed the manuscript for the final novel (source).

Bombay Sapphire – a popular brand of Gin sold in an attractive blue glass bottle. In the novel, Langdon thinks he might have drank himself into a stupor and that he will wake up at any moment to realize his Italian predicament was only a dream.

Gogol – Nikolai Gogol was a  Russian author, famous for the aforementioned Dead Souls, among other works. He was eventually exiled from Russia for his continuous satirizing of the corruption in Russian politics.