Florence – The city, located in central Italy, was founded as part of the Roman Empire in 59 BC. By the height of the Renaissance, it had become the center of art and science in Italy. Famous sites in the city, such as Ill Duomo and the Palazzo Vecchio, among others, served as primary locations for much of the action in Dan Brown’s Inferno. The city is the birthplace and home of Dante Alighieri, author of Inferno. In Florence, Dante met Beatrice Portinari, who appears in Inferno‘s first Canto. 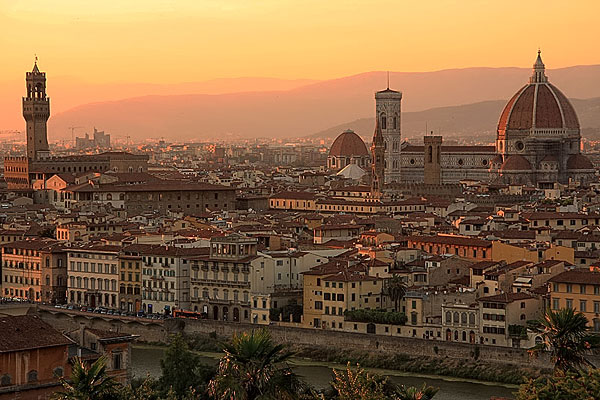 Palazzo Vecchio – The Palazzo is also known as the Palazzo della Signoria.  The website of the Museo di Plazzo Vecchio states that it “has been the symbol of the civic power of  Florence for over seven centuries. Built between the end of the thirteenth century and the beginning of the fourteenth to house the city’s supreme governing body, the Priori delle Arti and the Gonfalonier of Justice”

Sabbatical – The Merriam-Webster Online Dictionary defines a sabbatical as “a period of time during which someone does not work at his or her regular job and is able to rest, travel, do research, etc.”

Agitato – An Italian word meaning, “worried or agitated.” In the book, the Italian doctor uses the word to describe Langdon as he lies restless in a hospital bed.

Retrograde Amnesia – According to Théodule-Armand Ribot, quoted in an article written by Jonathan M. Reed and Larry R. Squire for the Journal of Neuroscience, “Retrograde amnesia (RA) refers to loss of memory for information acquired before the onset of amnesia. The condition is commonly observed after medial temporal lobe or diencephalic pathology, and it has fascinated psychologists, biologists, and clinicians for over 100 years” (http://www.jneurosci.org/content/18/10/3943.long#ref-30).

In Dan Brown’s Inferno, Robert Langdon is diagnosed with the condition after he is shot in the head by a would-be assassin employed by the Consortium.

Max Ernst – Ernst was born in Germany in 1891. After fighting in World War I, he moved to Paris, where he became a leader of the Surrealist movement. While in the hospital, Langdon is described as feeling “like had awoken in a Max Ernst painting” (Brown 16). This refers to Langdon’s hazy, confused state as he awakes with painkillers in his system and a case of retrograde amnesia. 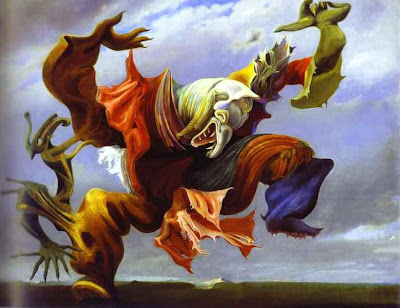 Ferma – A word that means “Stop” in Italian

Staccato – The Merriam-Webster Online Dictionary defines staccato as “short and not sounding connected.”