Grand Canal – The Grand Canal is a canal in Venice forming one of the major water-traffic corridors in the city.  Transportation on the canal consists of water buses (see vaporetti), private water taxis, and gondolas.

Gondolas – Gondolas are traditional, flat-bottomed Venetian rowing boats used historically as the main mode of transportation within the waterways of Venice.  Still a means of public transport on the Grand Canal, gondolas today have become iconic to Venice and attract many tourists.

Vaporetti – Vaporettis are Venetian waterbuses with scheduled lines that serve as public transport within Venice.  The name comes from the word for “little steamer”, referring to waterbuses in the past that were run on steam.

Boston – Boston is a major city in Massachusetts, a state on the East Coast of the United States.  Being one of the oldest cities in the United States, it was the site of several key events of the American Revolution, such as the Boston Massacre and the Boston Tea Party. Verdigris – Verdigris refers to the green pigment that occurs when copper, brass or bronze is weathered and exposed to air or seawater for a long period of time. 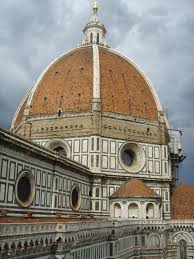 Cupola – A cupola is a small, dome-like structure on top of a building that is usually used as a lookout or used to admit light and air into the building. San Simeone Piccolo – San Simeone Piccolo is a church in Venice that was constructed by the Great Canal and faces the railroad terminal.  The church was built in 1718-38 by Giovanni Antonio Scalfarotto and is modeled on the Pantheon. Classical Greece – Classical Greece was a period in Greek culture that lasted from 5th to 4th centuries BC, and was a very powerful influence on the Roman Empire as well as the foundations of Western Civilzation in areas such as politics, architecture, scientific thought, literature, and philosophy. Armani Suit – An Armani suit is a suit from the Italian high-end fashion label Giorgio Armani founded by the designer by the same name.

Maurizio Pimponi – Maurizio Pimponi is the driver of the water limousine that Langdon, Sienna, and Ferris hires to take them to St. Mark’s Square.  He is described as “strikingly handsome” and wears an Armani suit.  Along the ride, he is eager to share with them the history behind Venice, including the story of Saint Lucia. Gondolieri – Gondolieri are Venetian boatmen who propel the gondolas.

Church of San Geremia – San Geremia is a church in Venice located in the sestiere of Cannaregio and is where the remains of Saint Lucy of Syracuse are located.

Saint Lucia – Saint Lucia, also known as Saint Lucy, was a martyr who died during the Diocletian persecution.  Saint Lucia was a young woman who was said to have gouged her eyes out and been sent to her death for denying her suitor, though there are varying accounts of exactly what happened.  Saint Lucia was also one of the Three Blessed Women that helps Dante escape the underworld in The Divine Comedy. 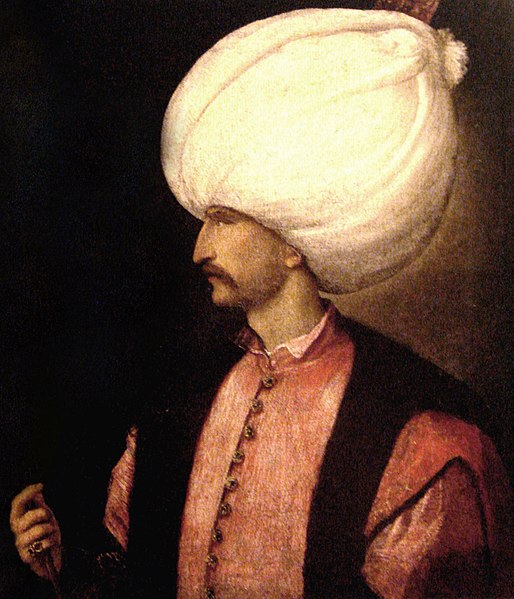 Suleiman the Magnificent of the Ottoman Empire

Ottoman – Ottoman refers to the Ottoman Empire that existed from 1299 until 1923 and was founded by Turkic tribes.  Also referred to as the Turkish Empire, its conquest of Constantinople in 1453 was what transformed them into an empire.  Later, in the 16th and 17th centuries, it became one of the most powerful states in the world, which Constantinople as its capital.

China – China is a country in East Asia that had one of the world’s earliest ancient civilizations.  Up until 1911, China’s government was a system of hereditary monarchs called dynasties.  Since its expansion into the international market, China has become the world’s fastest-growing major economy. Depiction of Scene in Parsifal

Parsifal—Parsifal is an opera written by German theatre director Richard Wagner that is loosely based on a 13th century epic poem of an Arthurian knight and his quest for the Holy Grail.

Gustav Klimt’s The Kiss– The Kiss is a painting done by Austrian Symbolist painter Gustav Klimt during the highpoint of his career.  The painting depicts an embracing couple and is composed of oil paint with applied layers of gold leaf.