Galata Bridge– Built in 1994, the Galata Bridge connects the Northern and Southern sections of the city of Istanbul, a region also known as the Golden Horn. A bridge has existed in the same place since the reign of Justinian in the 6th century BC. To date, eight different bridges have spanned the Golden Horn, including the current bridge. Bridges in this location have linked two traditionally distinct areas of Istanbul, “Istanbul Proper,” where the main religious and state institutions were located, and the regions of Galata, Beyoğlu, Şişli and Harbiye, where the population consisted mostly of non-Muslims (Galata Bridge).

The Galata Bridge, looking toward the southern part of Istanbul, and the New Mosque. Photo courtesy of www.visit2istanbul.com

Spice Bazaar– The second largest covered shopping area in Istanbul, the Spice Bazaar is located in the neighborhood of Eminönü (Spice Bazaar). Though the bazaar is the center of spice trade in Istanbul, it contains a wide variety of shops. In Inferno, Langdon fears that Sienna would be able to evade him easily by using the bazaar’s crowded atmosphere. 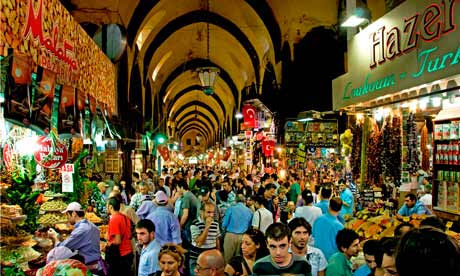 The interior of the bazaar 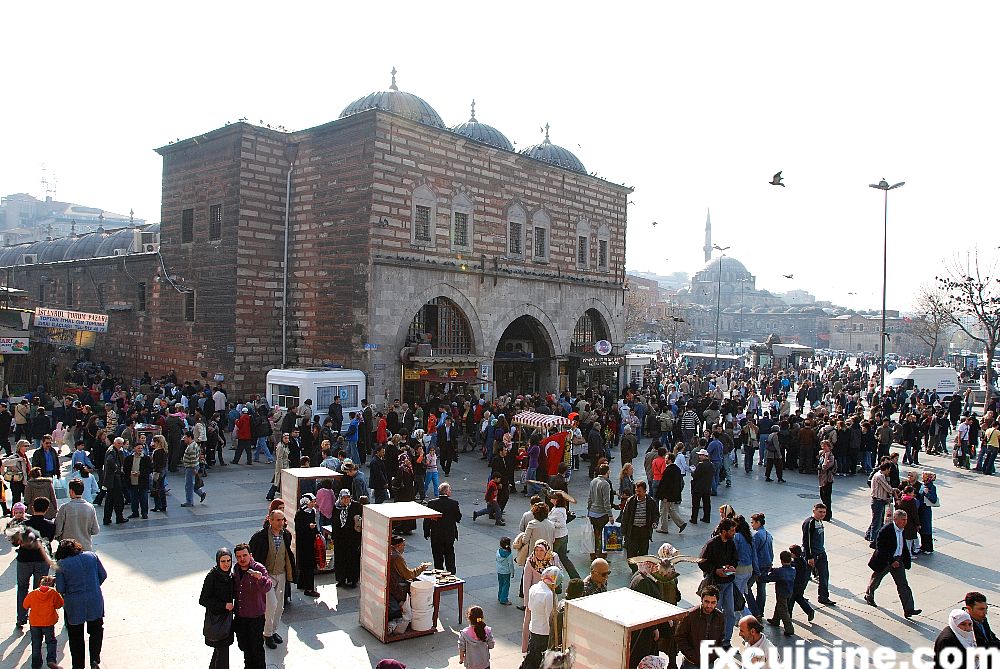 The exterior of the bazaar

The New Mosque– Built between 1597 and 1665 at the behest of the wife of Sultan Murad III, the New Mosque lies at the Southern edge of the Galata Bridge on the Golden Horn. Easily- identified by its two minarets, the Mosque was meant to expand the Islamic sphere of influence in a predominantly Jewish region of the city (The New Mosque).