Ghiberti’s Gates of Paradise, named so by Michelangelo, are a pair of bronze doors in the Baptistery of Florence Cathedral. These are the doors through which Langdon has to enter in order to get the Mask of Dante which Ignazio left him. “…each depicting an important scene from the Old Testament.”

The Old Testament is a term that refers to the first section of the Christian Bibles. The books considered included in the Old Testament varies depending on who you ask. “Ranging from the Garden of Eden…”

The Garden of Eden is the “garden of God”. It is an important story in the Old Testament that is depicted on the Gates of Paradise. Moses was a religious leader, considered the most important prophet in Judaism and who also played an important role in Christianity and Islam. He is also depicted on the Gates of Paradise.

Solomon’s Temple, also known as the First Temple, was the Holy Temple in ancient Jerusalem before it’s destruction. The temple was supposedly constructed be King Solomon around 10th century BCE and is depicted on the Gates of Paradise.

“…everyone from Botticelli to modern-day critics arguing their preference…”

Sandro Botticelli was an Italian painter under the patronage of Medici during the “golden age”. Some of his best known works are Primavera and The Birth of Venus. “The winner, by general consensus, over the centuries had been Jacob and Esau……chosen allegedly for the impressive number of artistic methods used in its making.”

The story of Jacob and Esau concerns Esau’s sale of his birthright to Jacob and the conflict that resulted from their descendant nations. This story is also depicted on the Gates of Paradise.

The Grace Cathedral is an Episcopal cathedral on Nob Hill in San Francisco. Replicas of the Gates of Paradise serve as the cathedral’s front doors. 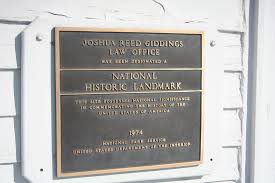 “…his eye was drawn to the short informational placard mounted nearby…”

A placard is a notice, card, sign or plaque put in a public place which gives information to the reader. 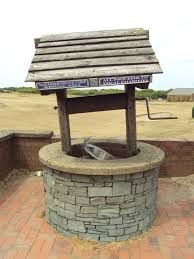 “…the doors had been commissioned as a ‘votive‘ offering to God-a show of gratitude that Florence had somehow survived the plague.”

A votive offering is the display of an object in a sacred place for religious purposes, generally made to gain favor with supernatural forces. For example, tossing coins into a wishing well or building the Gates of Paradise and dedicating them to God.

Juicy Couture is clothing company based in LA that specializes in contemporary casual wear. It’s signature is the velour tracksuit. “…pointing up into Giotto’s bell tower and shouting…”

Giotto’s bell tower, also known as Giotto’s Campanile, is a free standing bell tower that is part of the complex of buildings that make up the Florence Cathedral in the Pizza del Duomo.

“Viral marketing, Langdon thought, knowing he’d have only a moment to act.”

Viral marketing are marketing techniques that use social networking services and other technologies to achieve their objectives through the spread of computer viruses, word of mouth, etc. In this case, Sienna uses viral marketing in order to make a distraction so she and Langdon can slip into the cathedral. “Outside the Baptistery of San Giovanni…”

Also known as the Florence Baptistery, the Baptistery of San Giovanni is an octagonal building in the Piazza di San Giovanni. It is the one of the oldest buildings in the city.

“…the man in the Plume Paris spectacles…”

Plume Paris Eyewear is a European influenced brand whose ideal is to keep the wearer’s comfort without sacrificing design.

“…and a paisley necktie moved through the crowd…”

Paisley is a design using a droplet-shaped vegetable motif that became popular in the West in the 18th and 19th centuries. “…he began circling the octagon in search of another entrance.”

An octagon is a geometric regular polygon that has eight sides. “…he felt a sharp pain on his Adam’s apple and realized he was scratching again.”

The Adam’s apple (larynegeal prominence) is located on the human neck and refers to the protrusion formed by the angle of the thyroid cartilage surrounding the larynx. It is much larger and more obvious in adult men, compared to adult women.