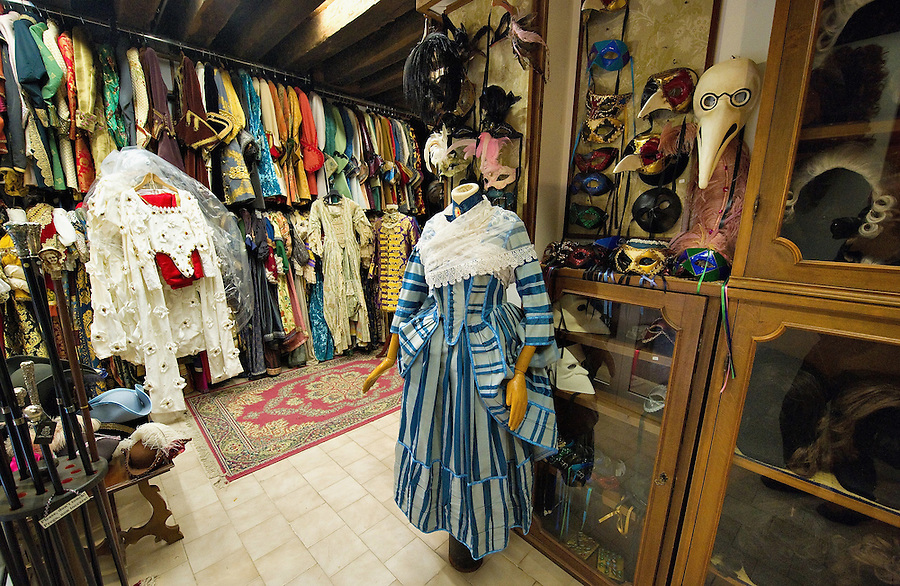 Atelier Pietro Longhi – a costume shop located in Venice, Italy. The tailors of this store make almost all the costumes for Venetian theater, as well as TV and Films made in the city. The store contains a huge variety of costumes for purchase or rental, most of which are somehow tied to the cities rich history. They also make custom order costumes, many of which go towards Carnevale festivities.

Carnevale –  an annual festival in Venice, Italy during which citizens and tourists alike dress up in extravagant costumes and masks for a month or more. The wearing of masks in Venice dates back to 13th century, when there existed a very rigid class hierarchy. It has been suggested that impoverished nobles would wear masks when it became necessary to beg on the streets, and the lower social classes would wear masks to emulate the nobility. The Carnival and the wearing of masks was outlawed in 1797 while Venice was under the rule of the King of Austria. However, in 1980 the Italian government began to revive the history and culture of Venice, with the carnival at the center of its efforts.