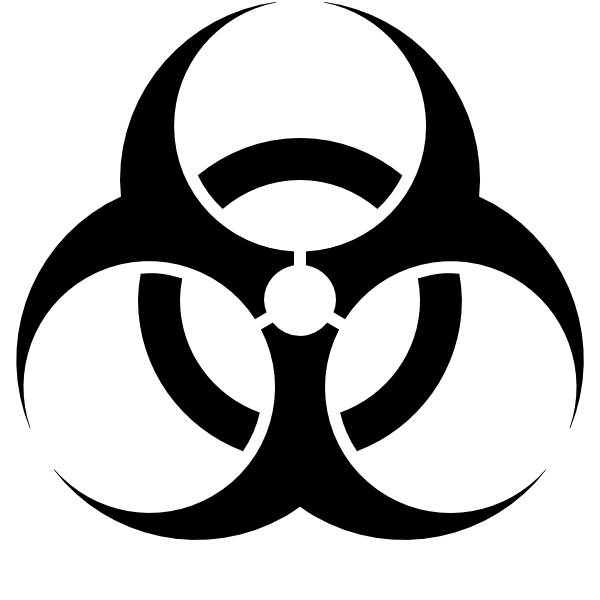 Biological hazard symbol– see also Biohazard sign: The biohazard symbol, which Sienna and Langdon find on the outside of the biotube, indicates a substance contained within which is dangerous to the health of living organisms. Langdon recalls correctly in the book that the symbol was developed by Dow Chemical in the 1960’s.

Biotube- see test tube: A “biotube” refers to the canister found within Langdon’s jacket which, according to Sienna, is used for transport of dangerous substances. The biohazard symbol on the outside leads her to believe the canister contains some sort of deadly chemical agent or virus. The term biotube appears to be Dan Brown’s creation; however, the World Health Organization does have regulations for transporting infectious substances.

Virus: A virus is an agent that infects and multiplies within the living cells of an organism. Sienna believes the biotube may contain a virus with dangerous infectious capabilities.

Sienna claims that the first ebola samples were brought back from Africa in tubes similar to the biotube Langdon has. The ebola virus referred to causes ebola virus disease, which first appeared in the African countries of Zaire and Sudan but was not transported in the imagined “biotube” of the novel. Some strains of ebola virus disease, according to the World Health Organization, have up to a 90% death rate.

The biotube Sienna and Langdon find is biometrically sealed using fingerprint recognition technology tailored to Langdon’s thumb. This thumbprint recognition works by capturing a digital image of the fingerprint, which is then stored and used for matching.

An American consulate is an office in which the United States’ consul, or official representative of the country, and the consul’s staff reside. Langdon and Sienna call the Consulato americano di Firenze, or the Consulate General of the United States in Florence, to help resolve the mystery of the biotube, and find that the consulate was expecting a call from Langdon.