Bolognese – A beef-based sauce originally from Bologna, Italy. In Italy it is actually referred to as ragù and is used to fill lasagne, as a sauce for tagliatelle and sometimes other types of pasta. However, although it is often prepared with spaghetti this is not Italian, but rather a development originating outside of Italy. Nevertheless, Brown’s character Ignazio Busoni loves spaghetti bolognese.

Vasari’s Last Judgement – A fresco in the Duomo in Florence painted by Vasari from 1572 onward. However, Vasari died two years later, so that Frederico Zuccaro finished the frescoes between 1575 and 1579. The frescoes feature “a temple with the twenty-four elders of the Apocalypse; beneath this, on terraced registers, follow choirs of angels with the instruments of the Passion, then groups of saints, then personifications of the gifts of the Holy SXpirit, of the virtues, and of the beatitudes, and finally the regions of hell with various deadly sins”.
Donatello – an early Renaissance Italian painter and sculptor born around 1386 in Florence as the son of Niccolò di Betto Bardi – a member of the Florentine Wool Combers Guild. He was trained and educated in the house of the Martelli family. He worked with Filippo Brunelleschi and Lorenzo Ghilberti and had several major commissions in Florence. He died in 1466 and was buried in the Basilica San Lorenzo in Florence.
Ghiberti – also an Italian artist from the early Renaissance who was born in Florence in 1378 and died in 1455. He studied in the workshop of  Bartoluccio de Michele. He is most famous for his “Gates of Paradise” at the Baptistry of Florence Cathedral which Langdon and Sienna encounter in Inferno. He is also possibly the first artist to write an autobiography, his book Commentari. 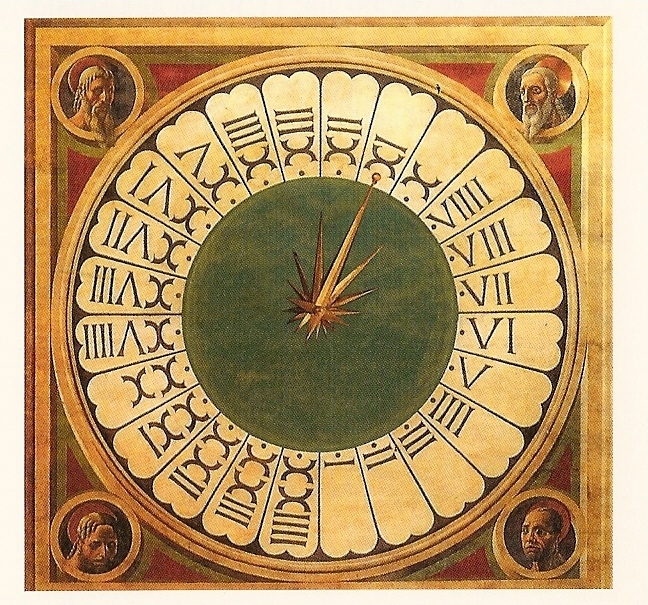 Ucello – an Italian mathematician and painter famous for his groundbreaking work on visual perspective art born in 1397. He was an apprentice of Ghiberti and had a life long friendship with Donatello. He is mostly known for his three paintings on of the battle of San Romano. He died in 1475. Dante And His Poem by Michelino

Michelino – an Italian painter of the Florentine school who was born in 1417 in Florence. He mostly painted scenes from the Bible and his most famous is on the west wall from the Duomo in Florence, which includes a depiction of Dante and his Divine Comedy.
Piazza Sant’Elisabetta – a plaza in Florence with the following location:  43°46’17″N   11°15’21″E
Via dei Calzaiuoli – a street in Florence on which Langdon walks towards the Palazzo Vecchio.
Dove passo trovare Marta Alvarez? – Where can I find Marta Alvarez?
Ahh…che bello. . . Stupendo! – Ahh…that’s great..superb!
andito – passage