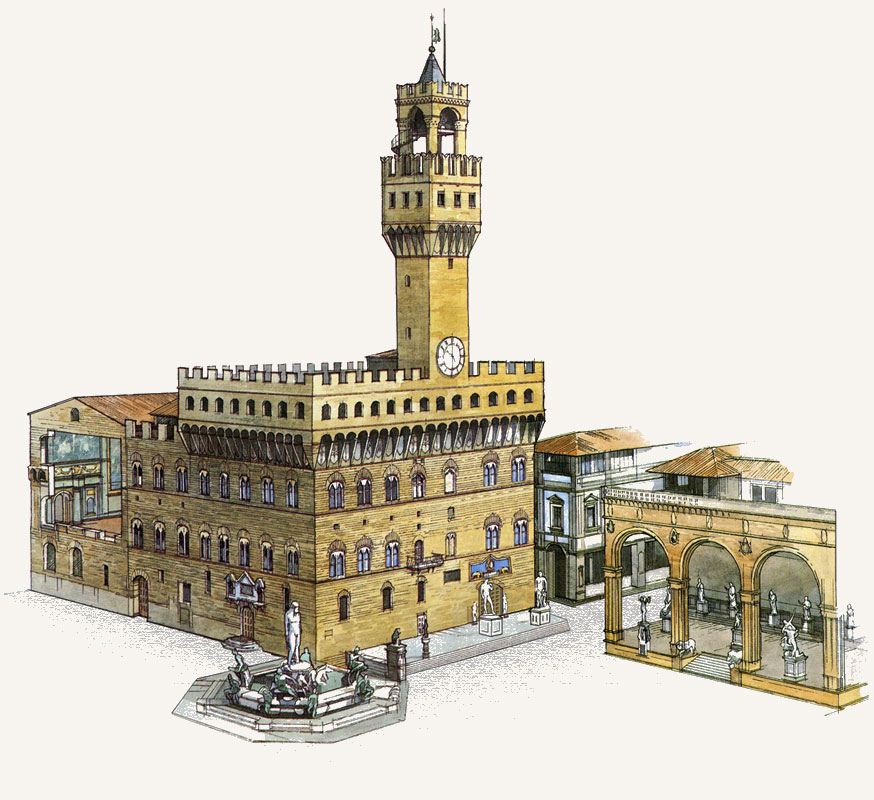 Michaelangelo’s David— The statue of David sculpted by the Italian Renaissance sculptor Michelangelo is one of the most famous sculptures in the world.  In 1873, the original David was moved to a gallery and replaced by a replica in the Piazza della Signoria.  The one that Langdon and Brooks see in Inferno is the replica.

Satyrs— In Greek and Roman mythology, Satyrs are men with goat characteristics.  They were the companions to Pan and Dionysus.

Medici Lions— The Medici Lions are a pair of famous marble sculptures that are located in the Loggia dei Lanzi, a sculpture gallery, in Florence.  In Inferno, Robert Langdon references the Medici Lions with regard to his previous trips to Florence; he and Sienna do not encounter the Medici Lions on their adventure.

Atrium– An Atrium is a large open space.  In Inferno, Langdon spots the atrium off of which the Hall of Five Hundred is Located after they emerge from the Vasari Corridor.