Well, the official course number is actually ECON 155, Introductory Microeconomics. Regardless of what the course number is, I’m the only senior in a class of what is surely over 75% first-years. I need the class to fill a grad school requirement, and plus, I’m interested in it, too.

Apart from generally feeling like a bit of a grandpa in such a sea of  youth (even though I’m sure at least someone in the class is older than me in age), the first two weeks of class have been a fun reminder for me of how exciting–academically and socially–being a first-year is.

As I start the second semester of my thesis and my eighth semester of college (ahh!), I’ve already identified this as the class that will keep me engaged and motivated until the very end. Here’s why:

New people! Halfway through our lectures when we break off into pairs or small groups to work on practice problem sets, most people are already sitting with friends nearby and thus divide themselves easily. Even though I, two weeks ago, didn’t know but one person in the class, I’ve now re-acclimated to that outgoing spunk and interest in meeting new people that I remember having, too, as a first-year, and I’ve made a few new friends and study-buddies for when midterm exams roll around (so soon!). It’s been a good checkpoint for me in making sure that I stay open to new people and friends, even if I am a senior heading out in just a few short months.

New subjects! Economics, even more than its other social science sister subjects, holds a lot of explanatory power about the world. Since it’s an introductory-level class, ECON 155 is the first venture into the discipline for many students. Each class period, Prof. Jessica Holmes (a truly great teacher–and I run into her at the pool sometimes, too!) leads us through a lot of “Aha!” moments and does a great job of helping the class connect basic theory with how the world works. Students’ intellectual excitement is tangible, as many already foresee their futures in business, and others, like me, plan to use econ in the international policy sphere.

Learning moments. Not to say that I’m categorically smarter than first-years, but, fact of the matter is, I do have all but one credit that I need in order to claim a B.A. from Middlebury, and for, say, the new Febs in the class, they’re just getting started. Collaborating on problem sets with underclassmen, I get to contribute the critical thinking and communication skills I’ve been working on these four years, and my younger study partners contribute their perspectives and curiosities that help everyone learn more.

So, although at times, I might feel antiquated, grandfather-y, and generally out of the hip-and-new-up-and-coming-pop-culture loop in my last-semester 101 (who’s this Justin Bieber character..?), being relatively old doesn’t mean I still can’t do some of the academic heavy lifting. Just ask this dude: It’s a NEW semester! While the Fall semester is full of fall foliage, apple picking, and trips to harvest festivals,  the Spring brings new life and adventure on campus! Here my FIVE FAVORITE Spring events:

One of the biggest weekend events of the year, Winter Carnival is both a celebration of skiing and the beginning of a new semester filled with outdoor winter activities, snow sculptures, an 80’s Dance,  and an elaborate Winter Ball. Oh… and did I mention… it’s a 3 day weekend! Buy your tickets now to all the great events! Just when you have had enough of the snow it’s time for SPRING BREAK. While the snow is still melting in Vermont it’s time to escape the cold and find refuge in the SUN. You will need that extra splash of Vitamin D for final exams ahead.

As soon as it is over 50 degrees it’s time to put away the heavy winter coats and bust out those long awaited shorts! I think this is a phenomenon that only occurs in the state of Vermont. In Arizona 50 degrees is definitely still winter weather. However, when the shorts are out the sun and warmer weather are only days away! While I love the colors of fall foliage, there is nothing more beautiful than watching the flowers and leaves come back into bloom just in time for Spring! One of my favorite days of the Spring Semester is the sunny Saturday when half the campus goes and spends the day at Lake Dunmore. This local lake only 20 minutes from campus is definitely a student favorite! 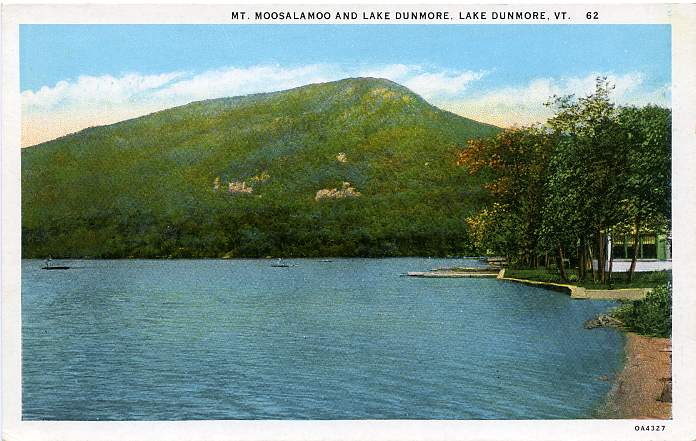 Maybe I am biased, but the energy and the excitement of the 100 new Febs makes the cold winter a little warmer. You can always spot a new Feb because they are the ones that will always smile at you along the path or introduce themselves to you at the salad bar in Proctor. From FEBS to better weather there is clearly a lot to look forward to during the Spring at Middlebury!

While regular Seniors are all picking courses for their FINAL semester, I am comforted by the fact that as a Senior-Feb I still have one year left at Middlebury.

Being a Feb has truly shaped my Middlebury experience. Having a semester- off before starting college gave me the time to relax and explore opportunities that would have otherwise not have been available to me. After a challenging Senior year of high school I was very much in need of a break! However, when I first found out that I was admitted to Middlebury in February I was unsure and scared of not starting college at a “normal” time in September like the rest of my friends. When I finally sat down and realized that I had 8 months to do whatever I wanted… the list of possibilities was ENDLESS.

I always had an interest in French, but had never used it outside the classroom. Therefore, for my “Feb-mester” I wanted to find a way that I could travel (affordably) and use my French. In my search, I found the  organization, WWOOF (World Wide Opportunities on Organic Farms), which is a network of farms and organizations all over the world that looks for volunteers to work in exchange for food and housing. I ended up making a contact with a farm, “La Ferme d’Art”, in the south of France and took my chances and decided to spend 6 weeks there as a volunteer. “La Ferme d’Art” or “The Art Farm” in an independent sustainable works project started by Pan, the owner, who reconstructed an abandoned farm house to create a sustainable farm and community center. Before I arrived he had just finished installing solar panels and finished a water system in which all the water supplied at the house was purified rain water. My daily duties varied. Some days I was responsible for feeding chickens other days I was creating new hiking trails  in the surrounding land. Not only was I improving my oral French, but I learned so much about new sustainable agricultural and overall  lifestyle practices.

Once I arrived to Middlebury for “Feb”-Orientation I was immediately reassured in my decision to come to Middlebury when I met 100 other first-year “Feb” students that had also participated in amazing and eye-opening opportunities. It was this energy and support from orientation that truly provided a secure start to my college career at Middlebury.

Now while all of my Senior- “Reg” friends are frantically registering for their final four classes and looking ahead to secure jobs and/or fellowships after Graduation in May, I could not be more happy that I still have one more year to work these things out!

From “Feb-mesters” farming abroad to skiing down a mountain to receive your diploma, being a “Feb” at Middlebury is truly a unique college experience. (But maybe I’m just biased…)