Your invited to a unique opportunity to participate in our networking event during Middlebury’s Fall Family Weekend titled “Sushi & Social Change: Social Impact Careers in the Common Good” on Friday, October 2nd from 3:00-4:00 p.m. in Adirondack House’s Coltrane Lounge. This event, sponsored by the Center for Careers & Internships (CCI), is an effort to connect our Middlebury students (you!), with professionals (parents — it is Parent’s Weekend after all!) in the “real world” who have experience and careers working for the betterment of societal and environmental change. Whether they work in public service, a foundation, a nonprofit or the private sector, a social enterprise, in the media, as a social worker, volunteer, or serve on the Board of an organization—they will join with us to connect their stories and advice on the paths that led them to where they are today.  We will facilitate an interactive exercise in the 1 hour allotted and are looking for student participation. Grab a friend and your parents and come enjoy the sushi.  Please RSVP on MOJO (workshop). 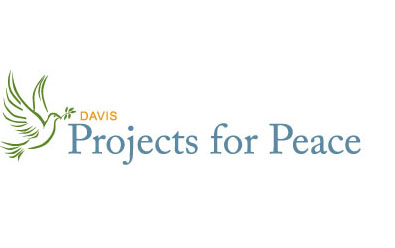 There will be an information session on the Davis Projects for Peace today at 4:30 p.m in Davis Library Room 201.

The Davis Projects for Peace program is an invitation to undergraduates at the American colleges and universities in the Davis United World College Scholars Program to design grassroots projects that they will implement during the summer of 2015.

Undergraduate students at more than 90 college campuses across the United States, including those of you who will graduate this academic year, are eligible to design and submit proposals that address the goal of improving the prospects for peace in the 21st century.  The top submissions from the participating campuses, including at least one from Middlebury, will receive funding of $10,000 with which to initiate projects anywhere in the world during the summer of 2015.

Middlebury has established a relationship with Clinton Global Initiative to become a CGIU Campus. President Clinton will host the seventh meeting of CGI U from March 21-23, 2014 at Arizona State University.  If you are interested in applying to attend the Clinton Global Initiative University Conference with students from all over the world, the deadline for early decision and travel assistance is November 22, 2014. Apply here to attend CGI U 2014 at Arizona State University.  CGI U is President Clinton’s initiative to engage the next generation of leaders on college campuses around the world. Students that submit a CGIU “commitment to action” and are selected by the CGIU process are eligible to use this application as a grant application to the 2014 MCSE Summer Grants challenge. MCSE Summer Grants Projects receive $3000 for the summer.  Contact Heather Neuwirth (hneuwirth[at]middlebury.edu), Middlebury Center for Social Entrepreneurship, if you have any questions or are interested in going.