About Vernal Biosciences Vernal Biosciences manufactures high purity mRNA for research use. Vernal Biosciences is seeking motivated self-starters who take initiative, ask questions, seek answers, and can make headway at the lab bench. Experience running common protein-, DNA- or RNA- based production procedures, purification and quantitative/qualitative assays is a plus. Job responsibilities may include but are not limited to: bacterial transformation & scale up, plasmid prep & development, in vitro transcription, RNA capping, DNA/RNA agarose gel image analysis, Western blot, and RNA purification. This is an opportunity to become part of Vermont’s burgeoning Biotech scene while learning worthwhile skills in a fast-paced, small team environment.

● You will gain experience and contribute to Vernal’s origin story.

● You will work as part of our R&D team to understand and employ the processes involved in RNA synthesis and purity assurance.

● You will empirically optimize processes preceding or concurrent with RNA synthesis.

● You will employ an electronic lab notebook (ELN) and become acquainted with data architecture, organization and data-driven inquiry.

● You will present your findings and forward-thinking in a group setting.

Jeff Sawyer is looking for student volunteers to interview alumni about their career roles for two MiddVantage series he is designing. Volunteers will record an alum about their current career role (what it is, what they do, and the future direction of that career role), what their own career path was from Middlebury to their current career role, and their advice for students interested in that type of a career field.  One of the series will consist of recorded interviews of alumni with various career fields involving data analytics and the other will focus on alumni with various career roles in technology (e.g., AI/Machine Learning, VR/AR, UX/UI, Gaming, NLP, Computer Vision, Quantum Computing, Cyber Security).

What do Companies Look For in a New Product Manager?

It’s important to get inside your interviewer’s head. What are they looking for?  Aside from intellect, smarts, the power to adapt, think and act on their feet? They want a person who is motivated to do the job, can work with different teams and has the ability to prioritize features that they already know users are looking for. A Product Manager has to be resilient, strategic and insightful. Which means the hiring company will ask a multitude of questions to figure out if you are the one.  Check out more product management interview prep info in the “Top Resources” tab of the Technology Newsletter

Microsoft’s deal for Activision getting scrutiny around world 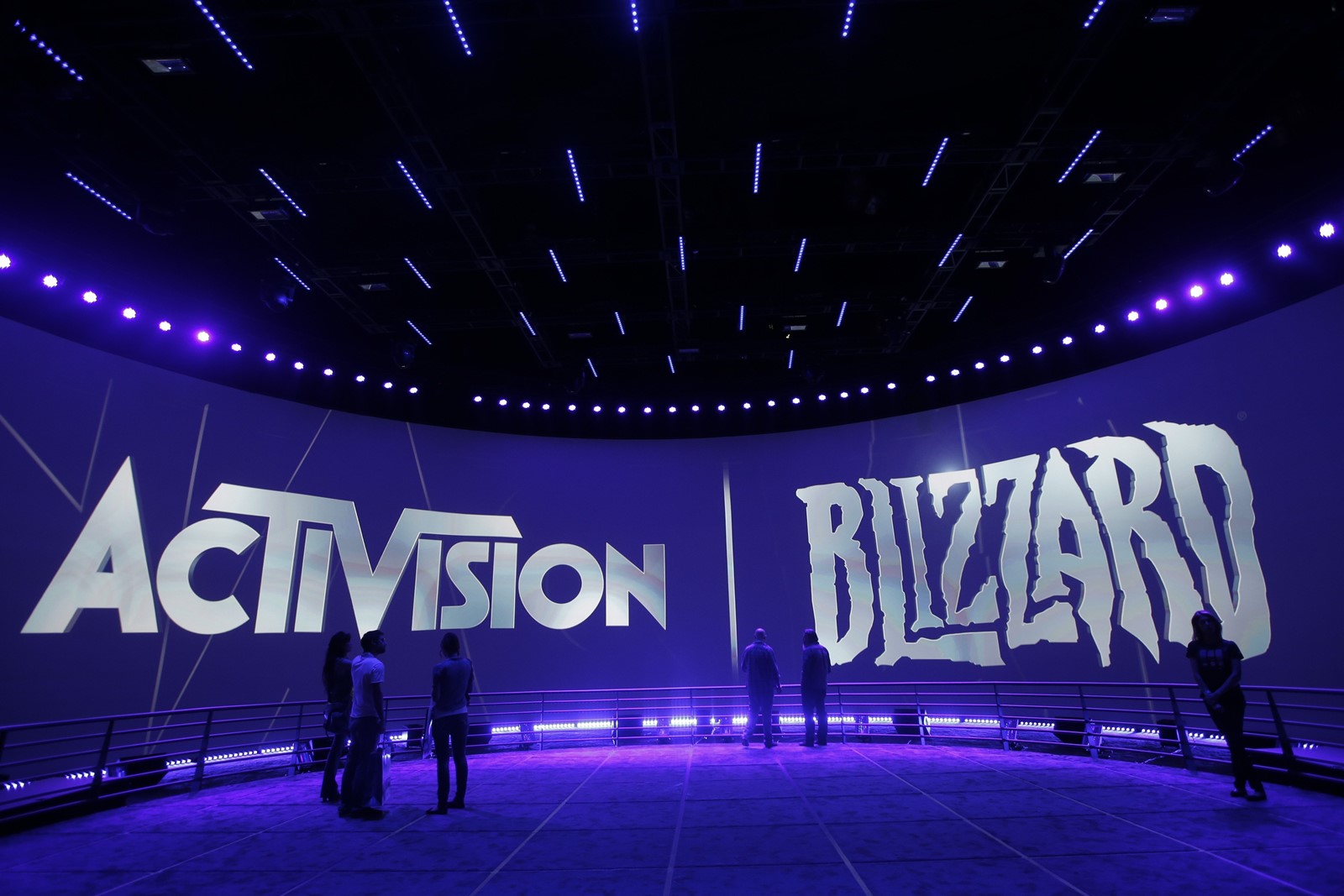 Microsoft’s plan to buy video game giant Activision Blizzard for $68.7 billion could have major effects on the gaming industry throughout much of the world. By Matt O’Brien and Kelvin Chan Associated Press

Microsoft’s plan to buy video game giant Activision Blizzard for $68.7 billion could have major effects on the gaming industry, transforming the Xbox maker into something like a Netflix for video games by giving it control of many more popular titles.

But to get to the next level, Microsoft must first survive a barrage of government inquiries from the United Kingdom to New Zealand to Brazil, and from U.S. regulators emboldened by President Joe Biden to strengthen their enforcement of antitrust laws. Read More Here

Why Microsoft could be ‘extremely well-positioned’ for metaverse success

As companies seek to build out the metaverse, Microsoft Corp. may already have many of the necessary tools in its pocket.

The metaverse has become a hot buzzword lately as companies like Facebook-parent Meta Platforms Inc. FB, -4.23%, Microsoft MSFT, -1.85%, Roblox Corp. RBLX, -8.57% and Epic Games explore the possibility of new virtual worlds through which people can connect. The concept is still in early innings, and it’s not yet clear whether there will ultimately be one or many metaverses, but Bernstein analyst Mark Moerdler has confidence in the idea that software companies stand to benefit as the tech world works to realize its virtual vision.

You may want to read this article from Marketwatch.com which references tech’s 10 megatrends for 2022.  While the article is intended to point out stocks for investment purposes, the organizations referenced may be worth investigating as you plot your career exploration efforts. Read more here

A major outage in Amazon’s cloud computing network Tuesday severely disrupted services at a wide range of U.S. companies for more than five hours, the latest sign of just how concentrated the business of keeping the internet running has become.

The incident at Amazon Web Services mostly affected the eastern U.S., but still impacted everything from airline reservations and auto dealerships to payment apps and video streaming services to Amazon’s own massive e-commerce operation. That included The Associated Press, whose publishing system was inoperable for much of the day, greatly limiting its ability to publish its news report.

With popularity spiking amid pandemic, tech now being tested on college campuses

What exactly is data analytics? What would you be doing as a data analyst, and what kind of hard and soft skills do you need to start learning? In this video introduction, Career Foundry gives you a simple overview of data analytics, and detail some tangible examples of what the role involves!

How a mistake by YouTube shows its power over media

Every hour, YouTube deletes nearly 2,000 channels. The deletions are meant to keep out spam, misinformation, financial scams, nudity, hate speech and other material that it says violates its policies.  But the rules are opaque and sometimes arbitrarily or mistakenly enforced. Policy experts say such experience is indicative of thorny free speech issues YouTube faces as the world’s largest online video service.

The future is happening in Vermont. BETA plan will create hundreds of new jobs in the region and emphasize sustainability, access to green aviation and STEM education across Vermont.

Microsoft: Russia behind 58% of state-backed hacks

Russia accounted for most state-sponsored hacking detected by Microsoft over the past year, with a 58% share, mostly targeting government agencies and think tanks in the United States, followed by Ukraine, Britain and European NATO members, the company said.

For those of you interested in finding resources helpful to preparing for and finding roles in software engineering and/or other tech roles, e.g., product management, data science, UX/UI design, check out the Top Resources tab of this newsletter.  New resource content has been provided by alumni members of the Technology Middlebury Professional Network.

Also, watch the new videos on the Stories from the Field tab.  We hope to add new stories each week.

Leaders in Technology Discuss the Future

The Women in Computer Science (WiCS++) student organization in collaboration with the Center for Careers and Internships bring you a discussion among women leaders in three leading technology organizations, discussing the latest state of the tech industry, dynamic trends leading to the future, the future implications for career opportunities, and their perspectives on achieving successful career paths within the industry. The panelists include: • Jennifer Bailey ’84, Vice President Internet Services, Apple Pay, Apple • Suzie Reider ’87, Trustee, Chief Revenue Officer, Waze (a Google Company) • Lan Ye ’98, Corporate Vice President Teams Group, Microsoft All students and parents interested in this topic are welcome to attend and participate in a question and answer period with these alumnae. Register in Handshake

The Sports Innovation Lab evaluates and identifies the technology products and services that will power the future of sports. The Boston-based, market research and advisory firm uses data analysis to reveal compelling stories that mobilize global partnerships among startups, investment capital firms, and corporate influencers. The analyst interns are responsible for executing our client projects to combine research and data to deliver actionable insights that help to drive our client’s business forward. Apply in Handshake Deadline October 3.

Fortinet has several technical job roles posted in Handshale that are expiring at the end of September, including Software Engineering, Machine Learning Engineering, and UI/UX Design. Fortinet is an American multinational corporation headquartered in Sunnyvale, California. The company develops and sells cybersecurity solutions, such as physical firewalls, antivirus software, intrusion prevention systems, and endpoint security components.

Changing the world through digital experiences is what Adobe’s all about. We give everyone—from emerging artists to global brands—everything they need to design and deliver exceptional digital experiences! We’re passionate about empowering people to create beautiful and powerful images, videos, and apps, and transform how companies interact with customers across every screen. Apply in Handshake

Adobe is attending the Grace Hopper Celebration this year and we are looking to interview 2023 summer internship candidates for the following positions: Software Engineering, AI/ML, and Data Science!  Requirements when applying for these roles:

– You must be attending the 2022 Grace Hopper Conference, virtually or in person

– Enrolled and working towards a BS or MS in Computer Science or related field. Please note, that in order to be eligible for an internship, we require that you be returning to school the following quarter/semester to work towards completing your degree. https://app.joinhandshake.com/edu/jobs/6867166

World Wide Technology consultants facilitate and accelerate progress and innovation across industries around the world — from digital transformation to machine learning and cloud strategy. Our ability to deliver strategy plus execution creates positive disruption and enriches lives. Join this info session to learn more about Consulting Services at World Wide Technology.