That’s how I see it. The Republicans will regain control of the House on Tuesday.  If you want to know the reasons why in detail, I’ll be giving the last of my election talks today at 4 at the Ripton Community Church (the white church building just past and across the street from the Vermont Country store with the “IEC” sign – you know, that frozen water stuff). 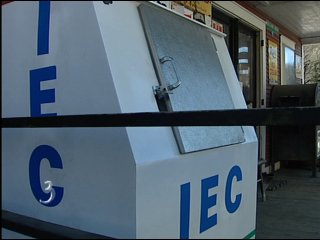 But since many of you will be watching the bridge opening instead, and the less fortunate among you don’t have the pleasure of living here in God’s Green Mountains, let me give you the abbreviated explanation for why John Boehner is poised to be the next Speaker of the House.

As most of you know, historically the president’s party loses House seats during the first midterm after a presidential election.  The average loss across the seven first-term midterm elections in the period 1946-2006 in the House has been 17 seats (and slightly more than 1 seat in the Senate.)  The only exception to this rule since 1946 occurred in 2002, when the Republicans actually gained House seats. Most analysts believe this gain was largely due to the ability of George Bush and Republican candidates to nationalize the election by running on a national security platform in the aftermath of 9-11- an exceptional event.(Note that across all 16 midterms in the post-World War II period, the president’s party lost, on average, 24 House seats and 3.5 Senate seats.)

There are several reasons for this recurring midterm seat loss (I explore these factors more deeply in my talk), but the key point is that the loss is based on structural (or fundamental) factors that affect all first-term midterm elections to some degree, regardless of the president.  And it is these structural factors that political scientists attempt to measure when they construct their forecast models.  In an earlier post I discussed some of the House midterm predictions made by political scientists during Labor Day.  John Sides at the Monkey Cage has constructed a very useful chart summarizing some of these predictions, and adds in one by Nate Silver at 538.com as well (note that Silver is an economist so you probably want to take his prediction with the requisite dose of salt.)

There are a couple of things to keep in mind here. First, these forecasts are based on factors as of Labor Day, or earlier.  Several of the forecasters note that their estimates might change in the remaining two months prior to the election. (Silver seems to change his almost weekly, which is why I don’t put much stock in his underlying model).  Second, these red dots only show the mean estimate – not the confidence interval (a measure of the reliability of the estimate.) So, for example, although Jacobson’s model forecasts a Republican pickup of 43 seats, his confidence interval is +/- 27 seats – that is, the “true” seat pickup lies, with a specified probability, anywhere from 16 to 70 seats.  So, although most political scientists put the likelihood of a Republican takeover at 60-70%, this estimate is often subject to a great deal of uncertainty.

How are these models constructed? Most derive their forecast based on structural factors.  These usually include some measure of the economy (unemployment, change in disposable income, etc.); a measure of the number of seats in play, or the time in which the majority party has held power; and – in some cases – a measure of presidential popularity.

If most models measure the same set of factors, why are there such differences in the mean estimates (within the various confidence intervals) shown in this table?  Some of this has to do with differences in the models’ variables – e.g., do you use unemployment or disposable income to assess the economy?  But perhaps the biggest difference is whether the model incorporates a fourth factor – the generic ballot measure that asks voters whether they will vote Republican or Democrat in the midterm.  As I’ve discussed in several previous posts, that measure has been favoring the Republicans at historically high levels for much of this election season. The latest Gallup low-turnout model has Republicans up by 14% over Democrats.

The Real Clear Politics equivalent, which is a composite of several of these polls, has Republicans up by about 7% among likely voters.  Accordingly, the forecast models that incorporate the generic ballot (keeping in mind these were constructed more than a month ago when the generic ballot may have been different)  are predicting Republican seats gain in the 40+ seat range.  Those that do not – see the Cuzan and Lewis-Beck and Tien models – believe that Republicans will pick up seats closer to the historical average, and thus Democrats will retain control of the House.

So, where do I come down?  Note that I am a consumer of these forecast models, not a producer.  That is, although I will run some of these models on my own in order to see the consequences of tweaking some of the assumptions, I do not create my own Dickinson model.  Instead, my forecast starts with existing models, which I then modify based on what I am seeing in my own poke and soak-based methodology (surveying hundreds of polls, talking to my Mom, the local barber, what my former students working in campaigns across the country tell me, etc.) – a methodology I’ve honed through the years of election watching, and which led me to predict that Democrats would pick up 18 seats in 2006. They picked up 30.   So be forewarned!

My “methodology” leads me to believe, as I announced in my last talk, that the political science models are, for the most part, too conservative.  That is, most of them are underestimating the likely Republican seat pickup. In political scientists’ defense, there’s a good reason for this.  Political scientists (myself included) are inherently conservative; we believe that what happens in the future will not usually differ from what occurred in the past. That is, the dynamics that drove midterm outcomes in the period 1946-2006 aren’t likely to change much in 2010.  The forecast models are predicated on this assumption.  When these models get into trouble, then, is when they don’t account for new factors, or when existing factors operate in unusual ways.  In 1994, for instance, I can’t recall a single forecast model that predicted the 57-seat pickup by Republicans.  It was an unprecedented (in the post-World War II era) gain and it broke a 40-year period of Democrat control of the House.

My point is that you had to be an idiot, or a genius, to have predicted the Republican takeover in 1994. Most political scientists are neither.   Instead, they are smart people who are very good at understanding why regular patterns occur and in extrapolating from those regular patterns to forecast future outcomes.

So, what will happen Tuesday?  There are three factors that I think suggest this will be another “wave” election, closer to 1994 than to the other post-war midterms.  First, there are an extraordinary number of seats in play – Charlie Cook puts it at more than 90 – and most of them are held by Democrats.  In a typical year you might see half that number of seats in play.  So models that take the number of marginal seats in play into account (the Campbell model is one) are going to be more accurate, I think.  Second, I think the Tea Party movement is an indicator – not a cause, mind you! – that this election cycle is different.  As I’ve said repeatedly, most Americans are not members of the Tea Party, although perhaps a quarter to a third are sympathetic to it.   But the movement has, I think, tapped into a deep underlying fear widespread among many Americans that the nation is headed in the wrong direction.  Whether one agrees with that diagnosis or not, the fact remains that, according to most polls, independents are swinging Republican in large numbers compared to 2006 and 2008, and that Democrats are less enthusiastic than Republicans in this race.   In this regard, one of my bellwether election indicators remains Delaware.  The latest poll there (yes, it’s only one poll with all the methodological caveats you’ve heard from me  before) shows Christine (“I’m not a witch!/What Separation of Church and State?”) O’Donnell shaving 9 points off Chris Coons’ lead in the last week – and this was before the Halloween “trick and trick” story broke.  I’m not saying O’Donnell can win – she’s still down by double digits – but the fact that a Tea Party candidate with her credentials is even in hailing distance of the Democrat in this traditionally blue state speaks volumes in this election cycle.  There are other indicators along these lines – the latest Fox generic ballot, for example, has Republicans up big over Democrats, and polling data shows Angle solidifying her lead in Nevada and Rossi closing on Murray in Washington – that suggest the election might be breaking in Republicans’ favor.  Admittedly, this is a selective read of a very broad array of recent indicators, some of which favor Democrats (see West Virginia and California, for example). Underlying all this, however, is my belief that the financial crisis that hit in 2008, and which persists today in the guise of  an unemployment rate over 9%, a sluggish housing market, and general economic uncertainty, is one of those unprecedented factors with which the traditional forecast models don’t deal well.  In terms of previous election forecasts, these economic conditions are outliers, which leads me to believe that the models are not as useful in predicting the likely outcome in this cycle and that, contrary to some  models’ forecasts,  Republicans will pick up an unusually high number of House seats.

How many?  I’ll set the over/under at a 49-seat Republican gain.  Note that this may be extreme by political science standards, but it is very conservative when compared to what political pundits are predicting. RealClearPolitics, for example, has a mean estimate that has Republicans netting 65 seats.  I’ve heard some estimates as high as 75-80 seats. So in some respects I’m splitting the difference between the mean political science forecasts and the collective “conventional wisdom” espoused by political pundits.

So there you have it.  It’s time for you to weigh in again and test your electoral wisdom against mine.  As always, no wagering at home – all that’s at stake is an “It’s the Fundamentals, Stupid” t-shirt and my personal reputation. Lots of you participated in the Senate contest (hope everyone remembers to check the comments sections to see the Senate predictions.)  If you voted in the Senate contest, you can still participate in the House lottery as well.  Note also that the Senate forecast contest is still open – both remain open through Monday night.  Two t-shirts are better than one!

Don’t tarry – Election Day is around the corner.  And I’ll see some of you at 4 p.m. in the Ripton (nondenominational) Church today.