I hope you can join us in welcoming Amy Bucher ’87 to campus on Monday & Tuesday. On Monday, November 10 at 7:30 pm in Dana Auditorium, she’ll be presenting her film, A Walk to Beautiful, an award-winning look at women in Ethiopia who struggle with the social and physical impacts of childbirth injuries. On Tuesday, November 11 at 12:15 in Robert A. Jones House, she will be leading a “career conversation” on her path from Middlebury to a career as a documentary filmmaker.

You can learn more about Amy and her films on her company’s website, Engel Entertainment. 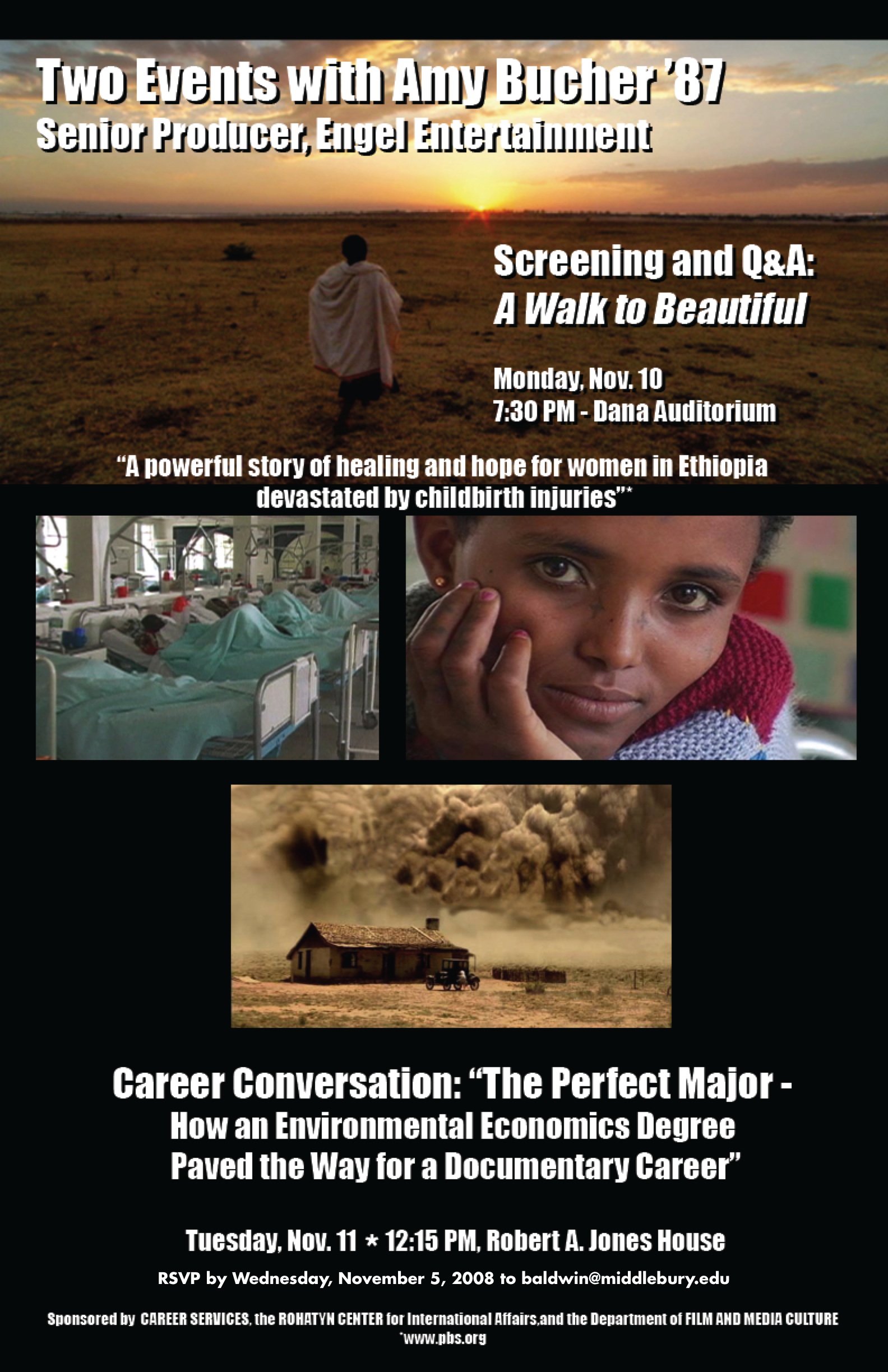 For all budding documentarians:

The True/False Film Fest is heading into its sixth year of celebrating non-fiction film, and is seeking out groundbreaking documentaries from all over the globe.  We are particularly interested in films that walk the line between fact and fiction, commenting in some way on our world and on filmmaking itself.  On February 26 of 2009, Columbia, Missouri will transform itself into a Midwestern Shangri-La of independent film; between panels and parties, conversation and screenings, filmmakers and the town will come together and enjoy what is becoming one of the most talked-about film fests in the country.  If your film is accepted you will receive travel and lodging, a festival pass and an unparalleled experience.