What can political science teach us about today’s ruling by federal district court Judge Richard M. Berman to vacate Tom Brady’s suspension? Berman based his decision to overturn Commissioner Roger Goodell’s initial ruling on three basic points. First, Brady was given inadequate notice that he was liable for potential discipline for some of his alleged misconduct. Second, Brady’s legal team was denied the opportunity to cross-examine one of the NFL’s two lead investigators. And finally, Brady’s team did not have full access to all the investigative files, including the interview notes. The combination of these miscues led to Berman’s arbitration decision to reinstate Brady in time for the start of the 2015 football season. However, a close reading of Berman’s decision makes clear that although the rules of arbitration prevented him from directly challenging the factual findings undergirding Goodell’s original decision, the Judge was clearly skeptical of the evidence that ball deflation even took place, or if it did that it was a significant factor in Brady’s performance. Note that in his 40-page ruling, Berman takes pains to boldface the following excerpt from the Wells Report (the “independent” report headed by Ted Wells and commissioned by Goodell to investigate the allegation of ball deflation): “At the same time, the Wells Report acknowledged that ‘[o]ur scientific consultants informed us that the data alone did not provide a basis for them to determine with absolute certainty whether there was or was not tampering, as the analysis of such data is ultimately dependent upon assumptions and information that is uncertain.’ Id. At 131 (emphasis added.)” Moreover, in footnote 3 of his ruling, Berman points out that Brady’s performance improved in the second half of the game, using balls inflated to the legal pressure. In his ruling Berman also quotes the following passage in the Wells Report in which Wells states: “I want to be clear – I did not tell Mr. Brady at any time that he would be subject to punishment for not giving– not turning over the documents [emails and texts]. I did not say anything like that.”

What we have, then, is a district court judge essentially casting doubt that any crime occurred, and indicating that there was no cover up of any alleged crime based on what Brady was told he could and could not do. As such, it is a damning indictment of the Wells Report and it raises the obvious question: how could such a flawed analysis come about, never mind serve as the primary basis for a four-game suspension, not to mention team fines and loss of draft choices? The answer, I argue, is suggested in studies by political scientists of the incentives influencing the behavior of professionals in institutions. Many years ago Arthur Maass, the Harvard political scientist best known for his study of the Army Corps of Engineers, wrote a very incisive [gated] article examining  what he saw as out-of-control behavior by federal prosecutors – behavior motivated by the institutional benefits that come from winning high-profile cases and sending people to jail. As Maass explained, because so many of the investigations of alleged corruption by public officials turned on ambiguous interpretations of federal law, prosecutors adopted a “prosecutorial mentality” that made them predisposed to bring charges. When in doubt, assume guilt and prosecute accordingly. That tendency, alas, is reinforced by professional incentives. As the late, great James Q. Wilson notes in his magisterial study of government bureaucracy, professionals are employees who receive “some significant portion of their incentives from organized groups of fellow practitioners…. .” From this perspective, criminal lawyers are taught professionally, beginning in law school, to assume guilt and to read questionable evidence accordingly.

Both points seem particularly well-suited to explaining the genesis of the factually-challenged Wells Report. Rather than an independent investigation, Wells was hired by and worked for Goodell and the NFL, and we should not be surprised that his legal team arrived at the finding that Goodell wanted them to find. Moreover, Wells was likely to get a bigger professional boost by finding one of the NFL’s marquee players guilty, particularly given the wide public dislike of the Patriots. (Public opinion – that is, the general mass hysteria – on this issue is a whole other topic that deserves a separate analysis!) In short, a combination of institutional and professional incentives pushed Wells to adopt a set of assumptions that was most likely to lead to a judgment that Brady was guilty, even though the facts did not support such a conclusion. Hence a report riddled with questionable assumptions and statements such as “more probable than not” that Brady was “generally aware” of an effort to deflate balls. Similarly, after assuring Brady he didn’t need actual phone records, Wells interprets Brady’s initial decision not to provide them as evidence of guilt (Brady subsequently offered to provide them.)

Obviously, Berman’s ruling raises a host of questions, including what it means for Goodell’s tenure as commissioner, and whether the Patriots will get their fines rescinded and draft picks restored. It must also be said that Patriots owner Bob Kraft, who essentially tossed his star quarterback under the ownership bus, is not looking too good at this moment. And we might also wonder why we should accept any of the political analyses by the numerous journalists and pundits (you know who you are!) who were so quick to get on the Brady-is-guilty bandwagon despite the lack of conclusive evidence. I’m supposed to believe you can be impartial in describing a presidential election, when you botched this case so bad?

But the most critical finding, building on Maass’ and Wilson’s research, is that the NFL has to change its arbitration proceedings so that investigations instigated on their behalf are truly conducted by impartial investigators motivated by a desire to obtain the truth, rather than to burnish investigators’ professional ties and reputation.

Addendum 1:34.  It isn’t taking long for the presidential candidates seeking to curry favor with NH voters to get on the Brady bandwagon – here’s the The Donald’s tweet:

“Congratulations to Tom Brady on yet another great victory- Tom is my friend and a total winner!”

A couple of days ago I posted an analysis of the last Iowa polling results that showed the race there tightening.  In the process of analyzing the crosstabs of one of these latest polls (something I know you’ve come to expect here) I uncovered an interesting result:  PPP had included a question gauging candidate support by whether one favored Tim Tebow or not.  This struck me as both an odd question to ask, but also a gauge of just how big a news  story, and a potentially polarizing figure Tebow had become.  For those of you not yet acquainted with Tebow-mania, he’s  the quarterback who has led the Denver Broncos to a series of rather improbable victories during the last six games, despite the fact that the football moves through the air like a drunken cormorant when Tebow throws it.  He has led his team to victory, moreover – and perhaps not coincidentally? – while being rather open about his strong Christian beliefs and lifestyle, going so far as to acknowledge that he’s “saving himself” for marriage.  Between the miraculous victories and openly religious beliefs, Tebow has become something of a controversial figure, which I guess explains why PPP decided to include him in a political survey.  Somewhat tongue in cheek (who, moi?) I noted that the survey indicated that among those who disliked Tebow, Ron Paul was favored by 38%, easily leading all other candidates.  No one else even broke double figures.  However, among those who looked favorably upon Tebow, Newt Gingrich topped the polls with 29%.  I suppose the explanation is that Tebow’s detractors are more likely to be the libertarians and moderate Democrats who are uncomfortable with overt displays of religiosity, and of mixing God and state…er….football.  Tebow supporters, in contrast, are more likely be social conservatives who, so far, prefer Gingrich.

Whatever the explanation, the post did attract more than a bit of attention in the blogosphere , but I’m not going pretend to take credit (or blame!) for what happened at last night’s debate.  In all likelihood, Perry’s campaign staff saw the same favorability numbers toward Tebow among Iowans that I did and decided to wrap themselves in Tebo-mania. Here’s the relevant survey question from the PPP poll:

Q30 Do you have a favorable or unfavorable opinion of Tim Tebow?

(Asked only of 171 respondents)

You saw what happened next.  When Rick Perry was asked in last night’s debate  if, given his uneven debating performances to date, he could do well in this format one-on-one with President Obama, Perry decided to try to create his own come-from-behind victory, proclaiming that, “I hope I am the Tim Tebow of the Iowa  caucuses”.  Let’s roll the video:

Hey, no one thought Tebow could start in the NFL either. Truth be told, while many pundits wrote Perry off after his initial disastrous debate performances, he has bounced back both on stage – last night’s debate performance was his second strong one in a row – and in the polls.  As this RealClear composite polling graph shows, Perry (in blue) is beginning a (so far) modest climb in the Iowa polls.

I’ve said this before, but it bears repeating: given his record and funding, Perry is not out of this race by any means.  Even a fourth place finish in Iowa may position him to “solve” the coordination problem raised by my colleague Bert Johnson regarding which candidate the social conservatives will eventually settle upon.  If Perry is that man, he potentially becomes the leading anti-Whoever is Leading candidate.   Know this – he is ramping up his media presence in Iowa, and except for a three-day holiday break , he has promised to plant himself in Iowa from now through caucus day.  And when it comes to winning a caucus, it’s better to finish strong than to start strong.

And what of Tebow? He has a more difficult task ahead than winning the Iowa caucus: he needs to beat Tom Brady –arguably the greatest quarterback since Joe Montana – and the Patriots this Sunday.   That will take a true miracle.

Which leads to the question: why wouldn’t someone want to be the next Tom Brady of the Iowa caucuses? 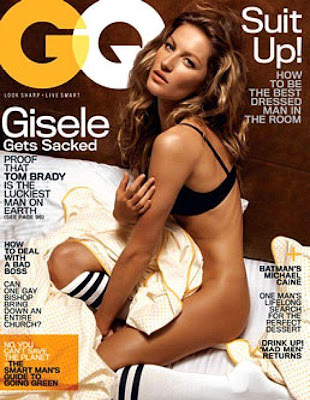