With less than 30 days before the Iowa primaries, the first three polls in the field since Herman Cain dropped out show no signs that Gingrich’s lead is slipping If anything, he may have increased his lead by a few points which may reflect additional support from disaffected Cain supporters. All three polls have Paul and Romney vying for second place.  Perhaps more worrisome for Mitt, however, is that with the media narrative finally beginning to reflect the polling reality, there are signs that voters are no longer viewing Mitt as the most electable in a general election matchup against the President.  Moreover, the issue of greatest concern to Iowa voters – even social conservatives – is the economy, one that should play to Romney’s strengths.  But evidently it is not – Iowa voters do not seem to be buying Romney’s “I’m a  private sector job creator” narrative.  Curiously, however, despite the sagging polling numbers, he still seems reluctant to take on Gingrich directly, even as other Republican candidates are now directly targeting the Newster in media interviews and campaign advertising.

The top line numbers show Newt holding a substantial lead among likely Republican caucus voters in the three latest, post-Cain resignation polls in Iowa. In this Washington post/ABC poll, Gingrich leads the field among likely caucus voters with 33%, ahead of both Paul and Romney who poll at 18%. Among potential caucusers, he leads Romney 28%-18%. (The poll of potential Republican caucus goers covered November 30 to December 4, and has 4 point error margin for all potential voters and 6 points for the subsample of likely voters.) A second poll, by PPP, has Gingrich up by 9%, 27%-18% over Ron Paul, with Romney in third at 16%.  Interestingly, Bachmann has climbed to 13% in this poll, perhaps on the strength of support from former Cain supporters. (PPP surveyed 572 likely Republican caucus voters from December 3rd to 5th. The margin of error for the survey is +/-4.1%.)  Finally, a CBSNYT Poll has Gingrich up big, 31% to Romney’s 17% and Paul’s 16%. (CBS News and The New York Times conducted telephone interviews November 30 -December 5, 2011 with 1,869 Republican and independent registered voters in Iowa, including 642 registered voters who said they would definitely or probably attend the Republican caucus in Iowa. The error due to sampling could be plus or minus four points for caucus-goers.) Here’s the overall state of the race in Iowa, based on the RealClear politics aggregator (Newt is green, Mitt purple, and Paul brown):

There are three critical points to take away from these latest polls. First, even among social conservatives, this election is about the economy.  Only 11% of the Post respondents cited social issues as their top priority, with more than 70% citing economic matters. In the PPP poll social issues were cited by only 9%.  And in what has to be a slap in Romney’s private sector face, more Iowans view Gingrich as better qualified to address economic issues than Mitt. At the same time, 33% of Iowans view Romney’s support of health care in Massachusetts as a major reason to vote against him.  When asked about Newt’s marital history, however, 76% of potential caucus goers say it is not an issue, while 16% say it is the major reason to oppose Newt.  The bottom line is that Newt is stealing Mitt’s lunch on the very issue that was supposed to be Mitt’s strong point – handling of the economy – while Newt’s potential weakness – his personal “baggage” – is as yet not resonating very much with voters.

The second issue is that Gingrich is now viewed as electable as Romney, or more so, when matched up in a general election fight with President Obama.  In the Post poll, 29% of respondents said Newt has the best chance to beat Obama, while 24% said Romney did. This shows an erosion from earlier Iowa polls that indicated while a plurality of Iowans supported Newt, most still thought Romney was more electable.  Not anymore.  Despite the Republican establishment’s party line that Romney is the most electable Republican, the fact is that voters are reading the polling data like the rest of us, and increasingly the “experts” seem to be out of step with real-time developments in these early states. I can tell you that Republican opinion leaders are viewing the specter of Newt as the party’s nominee with not a little trepidation.

Finally, there is evidence that voters are still candidate shopping, which means there may yet be room for change.  As I noted in my previous post, fully 71% of Iowans in the last Des Moines Register poll were either undecided (11%) or open to changing their mind (60%). Four years ago in the same newspaper’s poll at a similar time in the campaign, the number of undecided was only 4%, although the same proportion of voters said they might yet change their mind.  How those undecideds will break is an interesting question but clearly there are more of them this time around. My guess – and it is only a guess – is that Paul has hit his ceiling, and that while Bachmann may pick up some of Cain’s support, she has the highest negatives of any of these candidates, which suggests she may also max out at 15% or so.  With Mitt’s support softening, it is still possible that Rick Perry is going to pick up a few more voters in the next three plus weeks.

A final point. A reporter contacted me yesterday to discuss the emerging media narrative that the race between Romney and Gingrich might be viewed in some sense as a test of two campaign paradigms; Newt is running the campaign of ideas based on free media – particularly debates – and social networking, while Mitt is running the traditional resource-intensive ground game emphasizing the meet-and-greet strategy.  My reply is that I’m not sure these campaign stereotypes are all that accurate. In fact, Romney’s presence in Iowa pales in comparison to the resources he invested here four years ago, and Newt has actually been a more frequent visitor there, although it is true that 31% of likely Republican voters have been contacted by the Romney campaign compared to only 19% contacted by Gingrich’s campaign.  Neither candidate, however, has committed the resources in terms of campaign offices and field staff that we’ve often seen in previous years.   This may reflect broader trends in campaigning more generally. But as I told the reporter, it doesn’t matter how good a ground game you have if people don’t like your message.  This point was driven home four years ago, when Romney’s vast advantage in material resources could not overcome social conservatives’ preference for Huckabee.

Bottom line?  Mitt Romney’s support is slipping relative to Newt in Iowa and it is affecting him on the very issues – his business experience and electability – that are supposed to be his strong suit in this campaign. If he is to stem this erosion in support, he needs to decide on a strategy for doing so, one that relies on more than hoping his fellow Republicans will take Newt to the woodshed.  This may mean putting Mitt in front of the camera more often, in interviews on Sunday talk shows and similar formats.  Mitt has not been on a Sunday talk show since March, 2010 – and for good reason. The problem is that he can appear thin-skinned; when pressed he often reverts to that classroom persona of the prissy who cites the rules and threatens to go to the teacher when he doesn’t get his way. You know you are in trouble when you are viewed as less likable than an opponent who gained a reputation – perhaps overdrawn – as a bombastic pompous blowhard.

But then, that’s the great thing about American politics: contrary to F. Scott Fitzgerald’s famous declaration, there are second acts in this country, and right now Newt is experiencing his.  Perhaps, you say, but there’s no way he could ever become president! 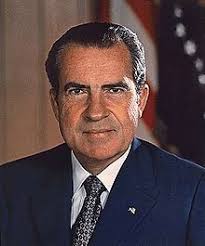