During the Fall 2017 semester we worked with Professor Patricia Saldarriaga’s FYSE 1500A: Apocalyptic Representations class. The course explored theories and representations of “apocalyptic imagination” across many forms of media, including virtual reality. On Thursday, December 14th, students from the class gathered in the lobby of the Davis Family Library to present their final projects, virtual worlds representing the Apocalypse.

We recommend coming to the Library and immersing yourself in these worlds using the Oculus in LIB 240B. The worlds can also be explored using an up-to-date web3d-enabled browser. Here are some samples of the students’ work, along with links to all of the presented projects. 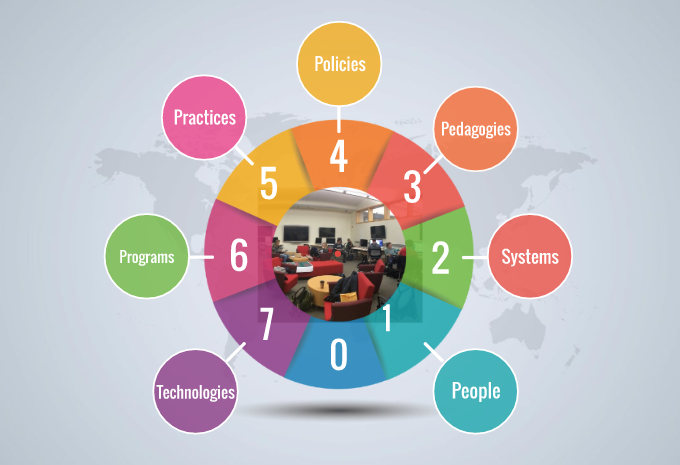 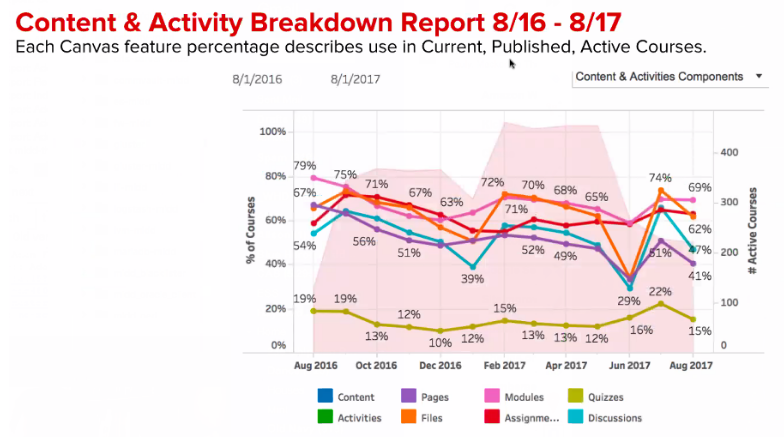 Members of the Academic Technology Group, Librarians, and Media Services are hosting workshops to help faculty learn about and use various services for the teaching toolkit. We are hosting a number of workshops on Canvas and Panopto, as well as an introduction to new services. We have also set aside time for faculty to get specific technology for teaching questions answered.

Please be aware that you must be logged into Google with your Middlebury username and password to fill out and submit the form.

Please note that all sessions are about 60 minutes, and that they take place in the Wilson Media Lab. A busy day in the lab as what seemed like the entire Spanish School descended on the Wilson Media Lab to print posters. The Digital Media Tutors were on-hand to offer support, and informed us that closer to 50 had showed up. They said they were very proud of the plotter, that it was handling the workload very well.

Middlebury’s Moodle instance is redirecting to https://moodle.middlebury.edu. Please note that the archive is only accessible to Middlebury faculty, staff, and students who are accessing the site while on a Middlebury network, or via Middlebury VPN.

The site will prompt you with a drop-down request to login with your Middlebury username and password:

You will know that the login attempt worked when you are directed to Moodle. To enter the site click the “Login” link which will re-direct to the MIddlebury login page. In testing, a dropdown menu came up a second time for some when attempting to login to Moodle as described below. Login once more with your Middlebury username and password.

The archive will not be accessible to Middlebury self-registered guest accounts. The archive will be maintained until December 2018* when it is expected to be de-commissioned.

*December 2018 will mark the end of the two-year online course material retention policy since the adoption of Canvas in the Fall 2016 term.

Active faculty, staff, and students can access the Moodle archives via Moodle links from the Course Hub. Clicking on a link to a past Moodle resource in Course Hub will prompt the login process described above.

We will continue to support faculty who plan to import archived course content from the Moodle archive to Canvas.* You may use the existing instructions to migrate your course sites, or you may request assistance.

*Some Moodle course archives are very large (greater than 1GB) due to repeated imports and remixing over the years. If your back-up is noticeably large, we may request that you be more selective with items included in the import file to reduce the file size import to Canvas. We may also make recommendations about ways to more distributively host file types (e.g. video and audio) that tend to take up greater amounts of server space.

Moodle currently hosts course content dating back to Fall 2010 term. After December 2018, Moodle will be de-commissioned. If you would like to create a back-up of your Moodle formatted content for personal storage, we recommend following the course back-up process outlined by Moodle.org. The process will produce an .mbz formatted file. This file format can be imported into Canvas or re-imported into another instance of Moodle* which could be accomplished by installing a copy of Moodle on a personal MiddCreate site. Alternatively, an .mbz file can be renamed to .zip format for limited file access, or storing on a cloud file storage account like Google Drive or Microsoft 365 OneDrive.