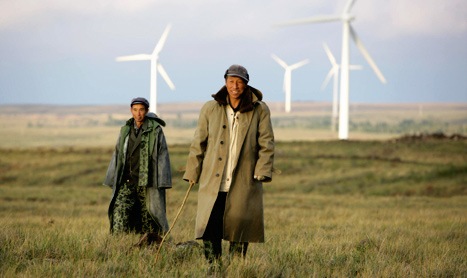 This is a really fantastic project here.  Very briefly, students at Middlebury College designed and (with the help of contractors) built a farmhouse that is entirely solar-powered, and made with local and/or sustainably produced materials.  See more information here:  Solar Decathlon

This is a fantastic, engaging (if salty) discussion of corporate greenwashing.  Green certification and consumerism is intended to contribute to better environmental behavior; problematically, these good intentions can be fairly easily hijacked (and we all know where good intentions lead):

We can all agree that as a society, each step we take towards greater sustainability is a good thing.  Slow our consumption of resources.  Recycle, when possible.  And support “green” behavior.  However, we should be very cautious about promoting green consumerism when it leads to outcomes like this: a corporation whose raison d’etre is based around extracting cheap oil for mass commodification and profit cannot meaningfully be said to be acting “sustainably” because they have acquired LEED certification for – of all things – a gas station.