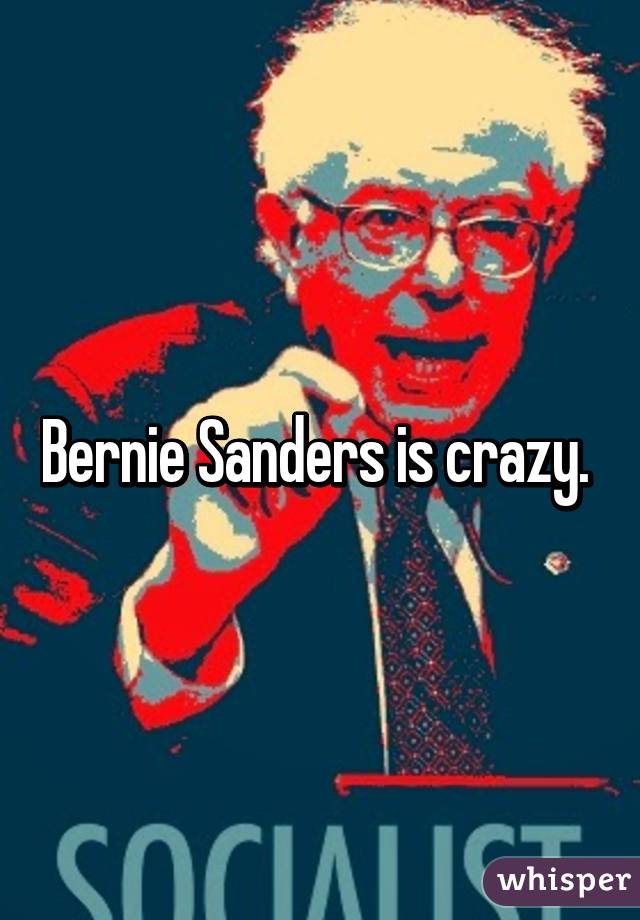 Bernie Sanders seems unelectable, and that is the focus of the majority of criticism regarding his campaign.  Sanders is a self-described “Democratic Socialist,” and comes across as a crazy old man, with his memorable 8.5 hour long filibuster and running as an independent progressive. When he announced his candidacy, many people suggested that he was half-heartedly running, just to get topics on the table, and that he didn’t really have a chance against the most well-known candidate, Hillary Clinton (Smith).  Articles titled “Bernie Sanders for President–Really?” were common in the time following, and even the New York Times did not have much faith in him, printing his announcement as a fairly short article far from the front page.  Vermont Democratic politicians Senator Patrick Leahy and Governor Peter Schumlin do not support Sanders, and Democrats seem to feel that Sanders doesn’t have a shot at actually winning the office. Sanders’ campaign runs on ideals.  He does not accept superPAC money.  He does not compromise his values.  He speaks his mind.  This gives him a huge amount of freedom, but can also make him seem unpalatable (and may also suggest how effectively he would act as President).

Recently, Sanders received significant backlash after the Democratic Presidential Debate, which took place after the Paris terrorist attacks. Each candidate was given one minute to make a statement on the tragedy, and Sanders quickly transformed his statement into an economic address. Arguments about Sanders’ lack of resiliency erupted because he was unable to make a necessary shift from his initial plan, concerning many about his apparent lack of concern and flexibility.